In my current project investigating the categorical semantics of attack trees we are using distributive laws to compose comonads that model various structural rules – weakening, contraction, exchange, etc – in linear logic. During the QA section of my talk at Linear logic, mathematics and computer science – see my post on my talk and the workshop for more details – Paul-André Melliès suggested using adjunctions to compose the structural rules instead of distributive laws for the obvious reason that they really compose as opposed to monads/comonads. I told him that I did try to this initially, but was not able to get it working. He was nice enough to talk with me a bit and gave me some hints to how it works which are based on a paper of his.

Instead of just looking up the details in his paper I wanted to see if I could recreate his result with his hints. I often do this for learning purposes. So that’s what I did during my flight back from France. I figured why not make it a blog post. Keep in mind that this result is due to Paul-André, but I had a lot of fun recreating his steps.

I plan to write a follow up post describing how this result can be used to to create various adjoint models of linear logic, but here we show that when we have two comonads on a category with a distributive law, then those comonads in addition to their composition can be decomposed into a composition of adjunctions between their coalgebras.

Suppose \[(k,\varepsilon,\delta)\] is a comonad on a category \[\cat{L}\]. Then it is well known that it can be decomposed into the following adjunction: 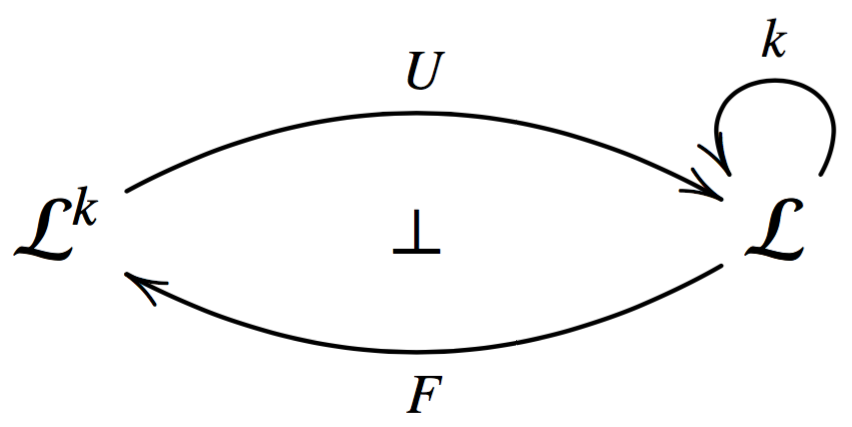 Now suppose we have the following adjunctions:

Then they can be composed into the adjunction:

Then we can decompose \[k_1\] into a an adjunction: 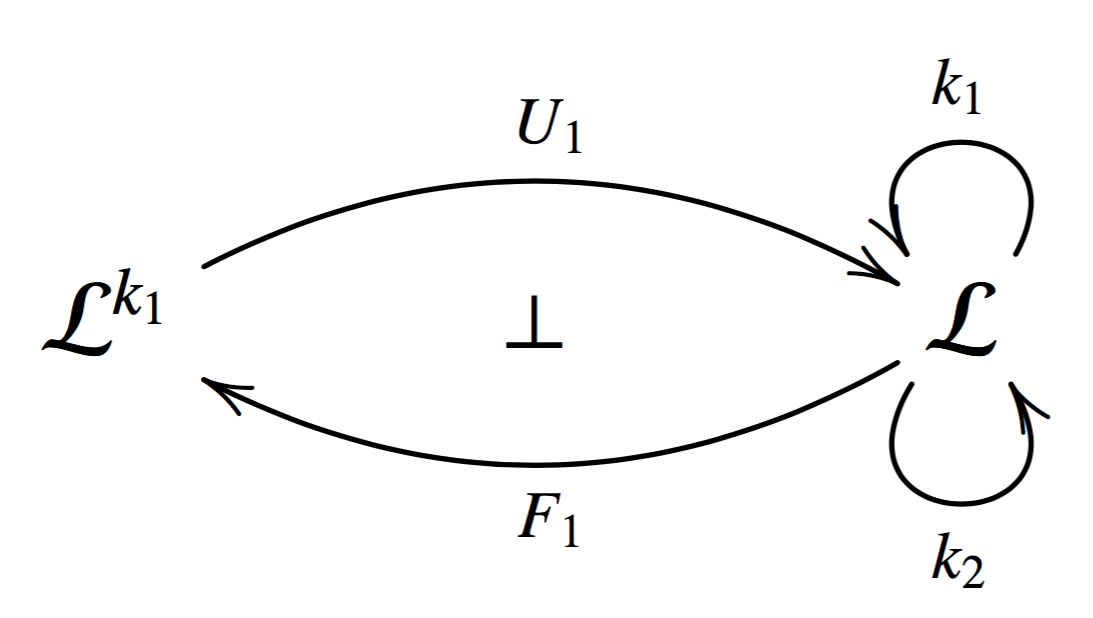 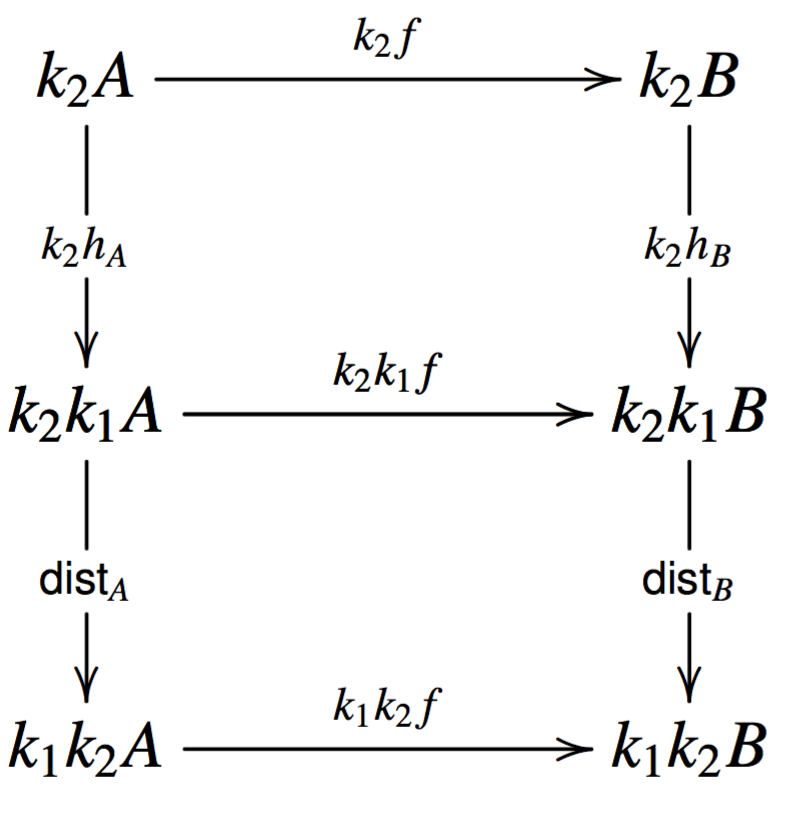 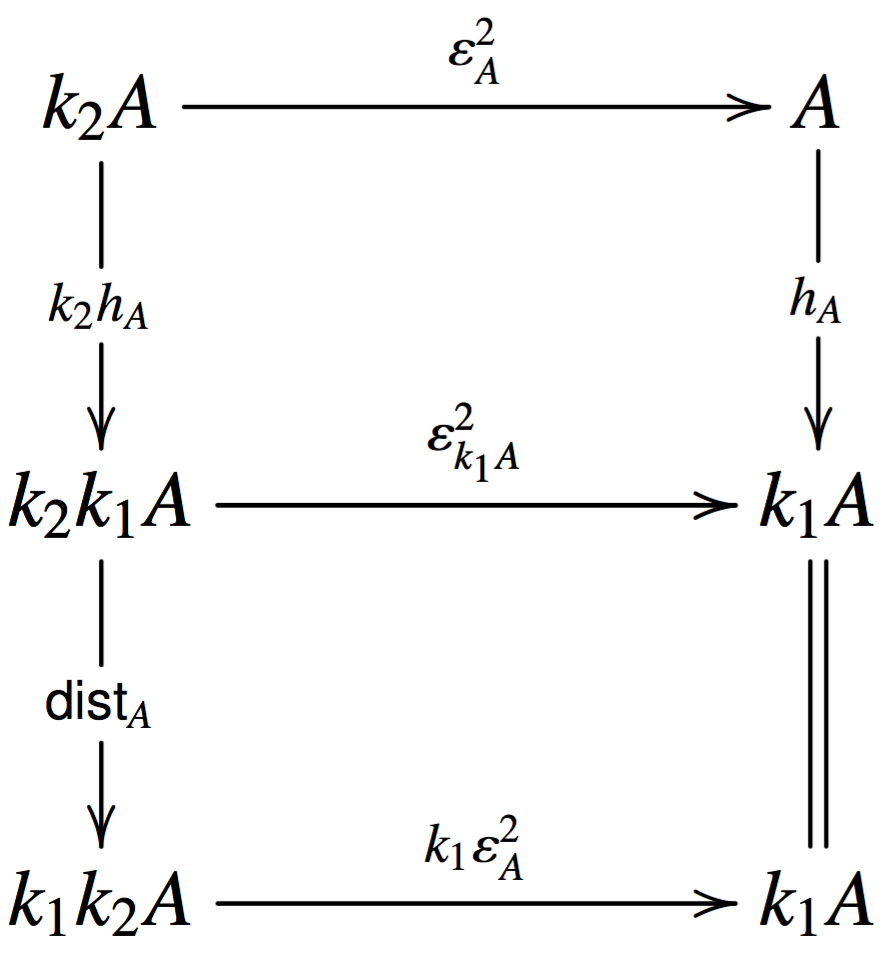 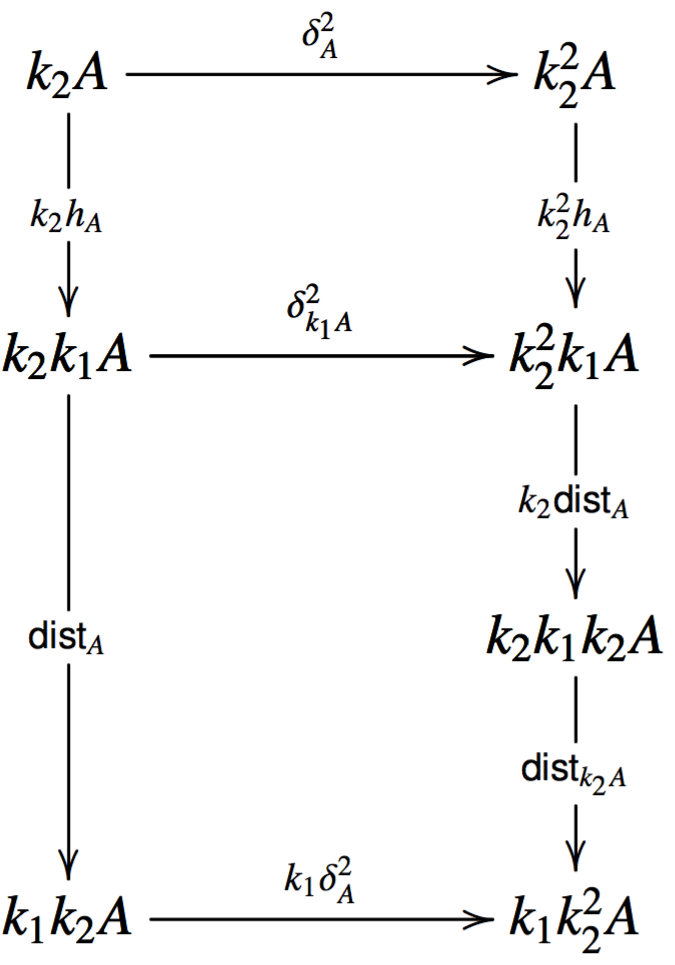 At this point we have arrived at the following situation: 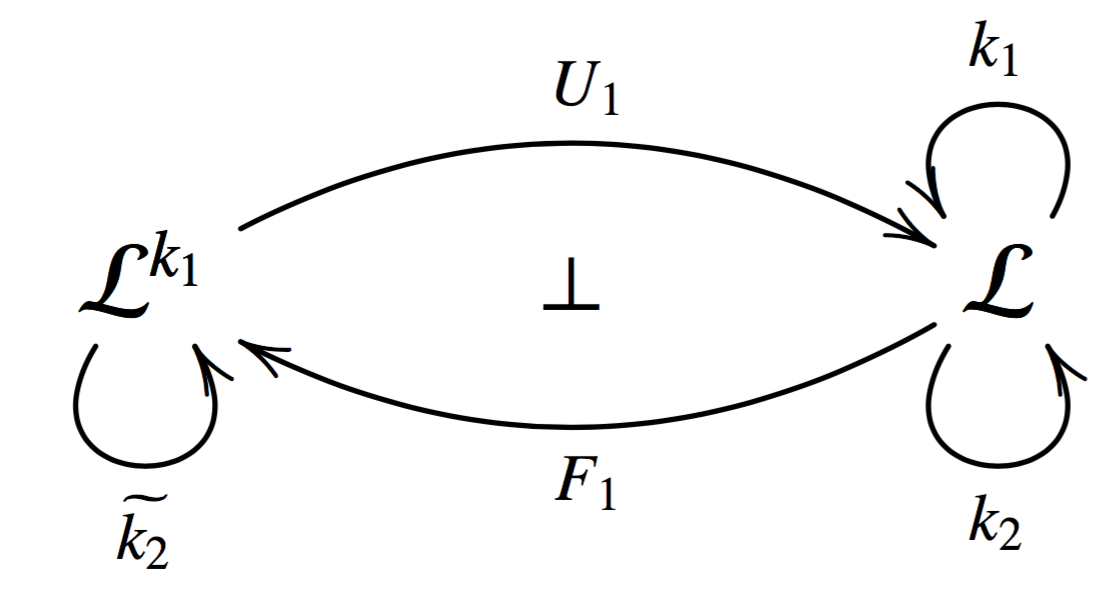 We can see that the previous two adjunctions compose:

This result only works because we have a distributive law, but the distributive law is only used in the the definition of the structural map of the coalgebras. This result reveals a means that will allow us to abandon distributive laws in favor of adjunctions in the spirit of Benton’s LNL models, however, doing so comes with some different difficulties. Stay tuned!